This article is an attempt that enlists the names and works of some of the most famous American photographers of all time. Read to find out their areas of specialization and their achievements. 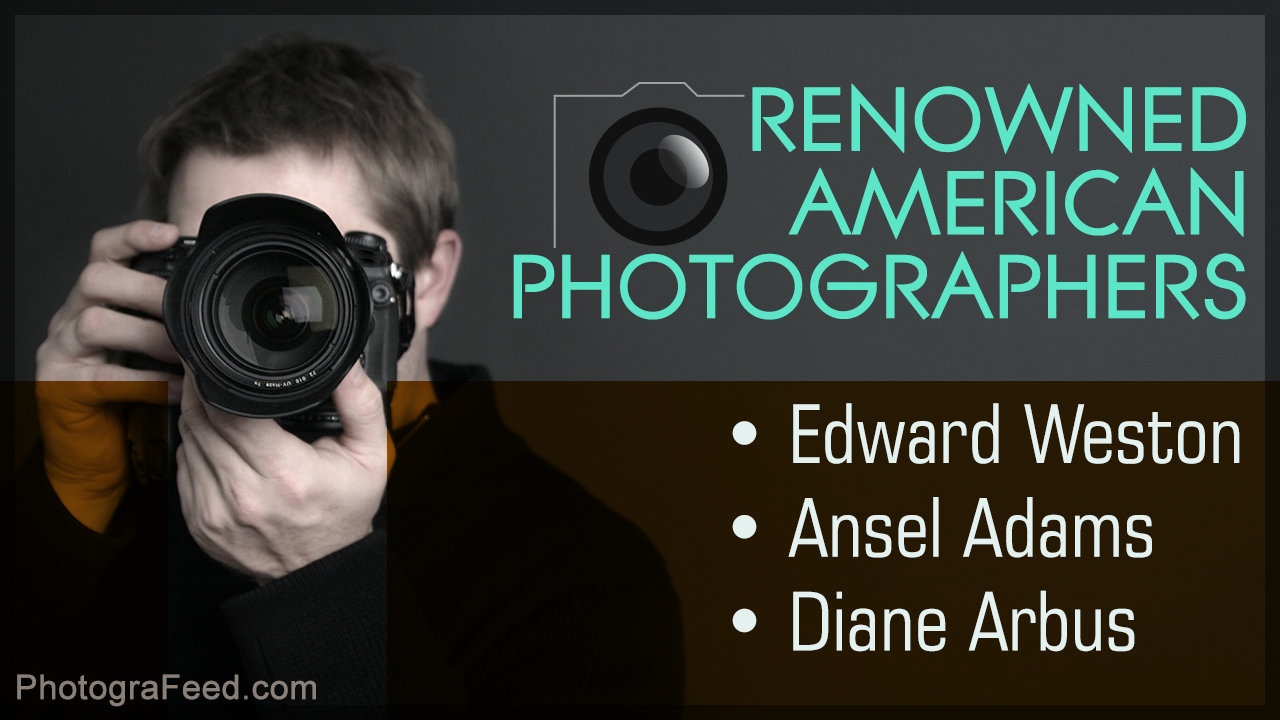 This article is an attempt that enlists the names and works of some of the most famous American photographers of all time. Read to find out their areas of specialization and their achievements.

Annie Leibovitz: Born on 2nd October, 1949, Annie Leibovitz is one of the most famous and influential American portrait photographers. Her father, Sam Leibovitz, was an Air Force lieutenant, and mother, Marilyn Leibovitz, a dance instructor. Annie Leibovitz won the Clio Award in 1987 for the portraits of celebrities like Elmore Leonard, Luciano Pavarotti, and Tom Selleck. She has worked for the magazine ‘Vanity Fair’.

Edward Weston: This American photographer from the 20th century, was born on 24th March, 1886. In his career that spanned a period of 40 years, Edward Weston handled a variety of subjects including still life photography, genre scenes, portraits, nudes, and whimsical parodies. Guggenheim Fellowship was awarded to him in the year 1937. Weston’s work came to a standstill after he was diagnosed with Parkinson’s disease in 1947. There was a Californian influence in his work of art, since he drew inspiration from the people of the west coast.

Chester Higgins Jr.: Born in 1946, Chester Higgins hails from Lexington, Kentucky, and is one of the most famous African-American photographers. He started working as a photographer for the New York Times in 1975. His artworks have appeared in museums the world over, including the ‘International Center of Photography’, ‘Musée Dapper Paris’, ‘The Smithsonian Institution’, ‘The Museum of Photographic Arts’, ‘The Museum of African Art’, etc. In the words of Higgins, his mission is “to embrace, to reaffirm, and to challenge”.

Ansel Adams: One of the most famous American landscape photographers of all time, Ansel Adams is also an environmentalist. Notable works of his include the ‘Yosemite National Park’, ‘Moon and Half Dome’, and ‘California’. The large format cameras, despite being cumbersome to handle, were used by Ansel Adams. Mr. Adams, along with Willard Van Dyke and Edward Weston, formed the ‘Group f/64’.

Diane Arbus: The works of Diane Arbus presented the lesser-known side of the society. Transvestites, prostitutes, mental patients, and other such elements of the society formed the subject of her artworks. Diane Arbus’ notable works included the ‘Russian Midget Friends, New York City, (1963)’, ‘Tattooed Man at Carnival (1970)’ and ‘Identical Twins (1967)’.

Lee Marmon: A famous native American photographer, Lee H. Marmon is known for his photographs of tribal elders. His works have been exhibited in many reputed magazines including ‘Time’, ‘The Saturday Evening Post’, and ‘The New York Times’. Marmon’s artworks hold great significance because of the historical showcasing of native American culture, through his photographs.

Joe Rosenthal: He was honored with the Pulitzer Prize; Raising the Flag on Iwo Jima is the popular photograph he captured during World War II. Born on 9th October, 1911, Joe Rosenthal hails from Washington D.C. He started working as a reporter-photographer in 1932 for the San Francisco News. Rosenthal, in the year, 1945, became the Times Wide World Photos’ chief photographer.

The list is a compilation of artists from the bygone as well as the modern era. Their works of photography have earned them a place in the list of all time best artists.